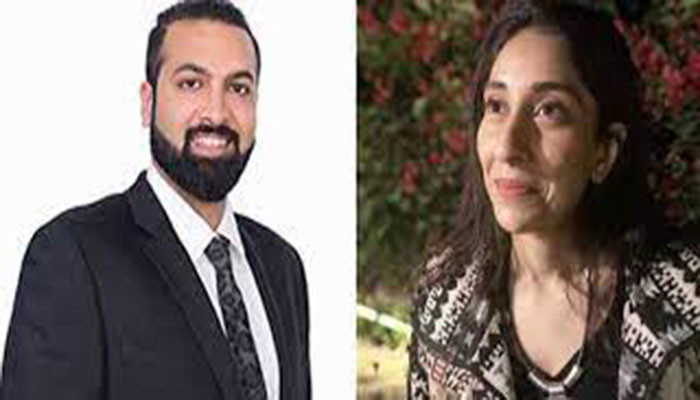 This development came days after the U.S. Embassy in Pakistan was granted consular access to Zahir, who is a U.S. citizen. â€œZahir spoke on the phone with an American official for about 20 minutes on Monday. He requested legal aid from the American authorities. Being an American national, I need a lawyer to plead my case in several forums in order to obtain justice, â€revealed a senior prison official, quoting Zahir.

The senior official, who knows the contents of the statement between Zahir and officials at the US embassy, â€‹â€‹added that the suspected killer had asked to be transferred from a high-security barracks to a well-cleaned barracks. The suspected killer also asked the US official to take his case to the Pakistani government on humanitarian grounds because his health was not good, the official added.

“I am invited to refer to the subject mentioned above and state that it was decided by the Government of Pakistan, the Interior Ministry of Islamabad, in their letter no …… dated 08.24.2021, to authorize telephone calls. consular access to officials / representatives of the US Embassy in Islamabad, â€reads the official letter written to prison authorities.

Meanwhile, Zahir Jaffer’s parents wrote to the prison authorities to transfer them to â€œclass Bâ€ to ask for permission to have access to better food. Former Ambassador Shaukat Mukadam, father of murdered victim Noor Mukadam, said he and his wife firmly believe their daughter’s killer will be sentenced to death.

“I am firmly convinced that the murderer of my daughter, Zahir Zakir Jaffer, will be sentenced to death,” he told Geo News. Noor’s father said they remain optimistic about the speed with which justice is being served in this case, having firm faith in the police and the justice system.

He said he was satisfied with the ongoing investigation, brushing aside all rumors and the impression that he was in a state of desperation regarding the investigation into his daughter’s murder. â€œReading words like desperation gives the wrong impression to the public, which not only implies that I have given up hope, but that the police are not helping me. It’s wrong. The police are doing their duty and the whole Pakistani nation is with me, â€Mukadam said resolutely.

Geo News sent a questionnaire to Heather Eaton, spokesperson for the American embassy, â€‹â€‹to find out the point of view of the American authorities on this development. He said, â€œWe have requested normal consular access for a detained US citizen. Beyond that, I cannot comment on individual cases due to privacy concerns. “

In addition to this, the High Court in Islamabad notified Therapy Works employees of notices seeking their comments in the Noor Mukadam murder case after the father of the deceased woman appealed for the quashing of their demands. bail. The applicant’s attorney, attorney Qasim Nawaz Abbasi, told IHC that the suspect withheld facts from the lower court, as he mentioned that his client also appointed General Manager of Therapy Works Tahir Zahoor and other employees as suspects in his supplementary statement.

The CEO of Therapy Works also filed a plea in a local Islamabad court against Zahir’s parents, seeking lawsuits against them for allegedly destroying evidence and attempting to hide facts in the murder case.

Healthcare legal consultants for the practice of law firms