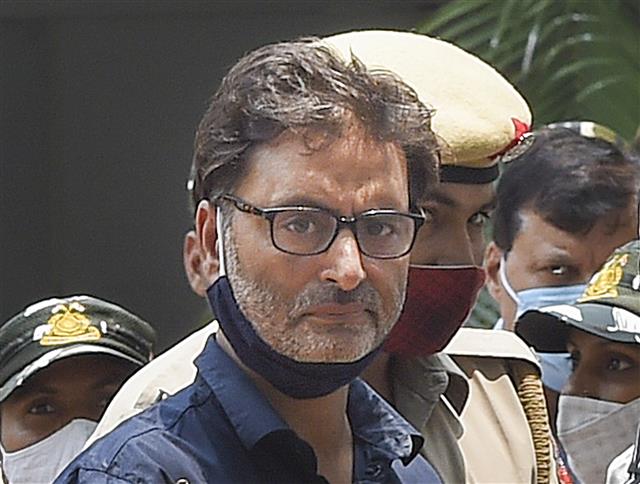 J&K Liberation Front leader Yasin Malik on Monday refused legal aid offered to him by a special court in Jammu and insisted on his physical appearance to interview eyewitnesses in cases related to the killing of four members of the Air Force in 1990, as well as Rubaiya Sayeed. kidnapping in 1989 of which he is accused. Housed in Tihar Jail in Delhi, Malik appeared in court via video link and urged the judge to let him be physically present in court.

The chief prosecutor in both cases, Monika Kohli, in an interview with reporters, said Yasin Malik was present virtually and other defendants were physically present. “Malik said he wanted to physically cross-examine the witnesses. However, the court offered him legal aid which he declined,” Kohli said.

According to Monika Kohli, the examination of eyewitnesses can be done virtually. “The court told Yasin Malik to declare in writing that he did not need legal aid,” she said. Malik is already serving a life sentence in a terrorist financing case. The next court date is September 29.

Malik went on a 10-day hunger strike from July 22 after the Center failed to respond to his call to allow his physical presence.

Rwanda: Why the Bar has suspended nearly 100 lawyers