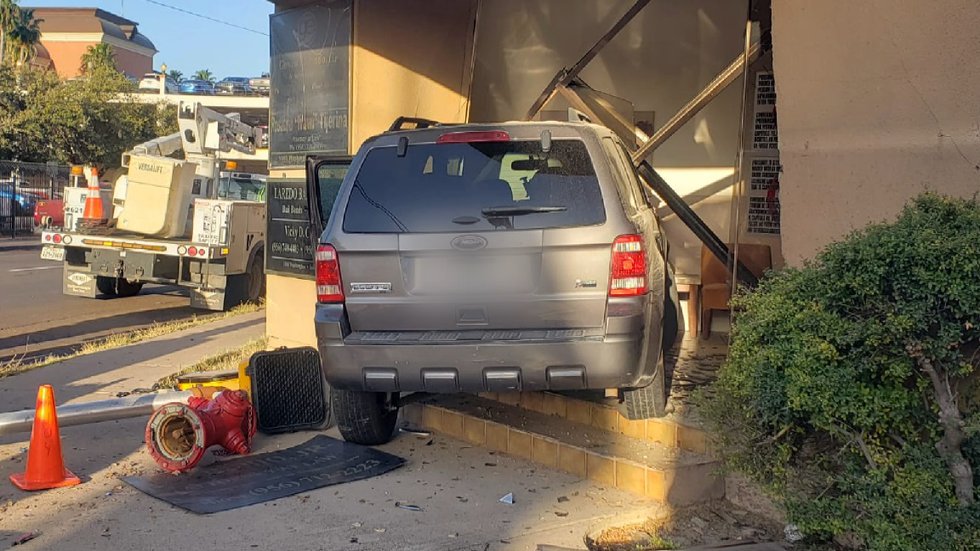 LAREDO, TX. (KGNS) – An SUV crashed into a lawyers office building in downtown Laredo on Tuesday, March 22. A legal assistant who works at the office said two vehicles were involved in the crash.

A vehicle ended up in what was once the lobby of the office. The crash happened shortly before 8 a.m. at the intersection of Washington Street and San Agustin Avenue. Police could be seen at the scene trying to divert traffic.

According to a witness who works at the office, only the driver of the SUV crashed into the office. The second vehicle had a driver, a passenger and two children. “I was inside the office,” says Priscilla Villanueva, “I was about to start working, and then all of a sudden I heard the bang. Then I checked outside the office. When I saw the building, it was completely ripped off.

The law firm is open to clients, but everyone must use the back door to enter.

The cause of the investigation is being investigated.

Below is the original story:

An accident in downtown Laredo is causing delays for morning commuters in the area.

The accident happened at the intersection of Washington Street and San Agustin Avenue. A Ford Escape vehicle crashed outside a law firm around 8am on Tuesday March 22.

No word on if anyone was injured or the cause of the crash, but police had to temporarily close the area to the traveling public.

Dispatch in Afghanistan: the former independent bar has merged with the Taliban justice ministry now subject to new regulations – JURIST