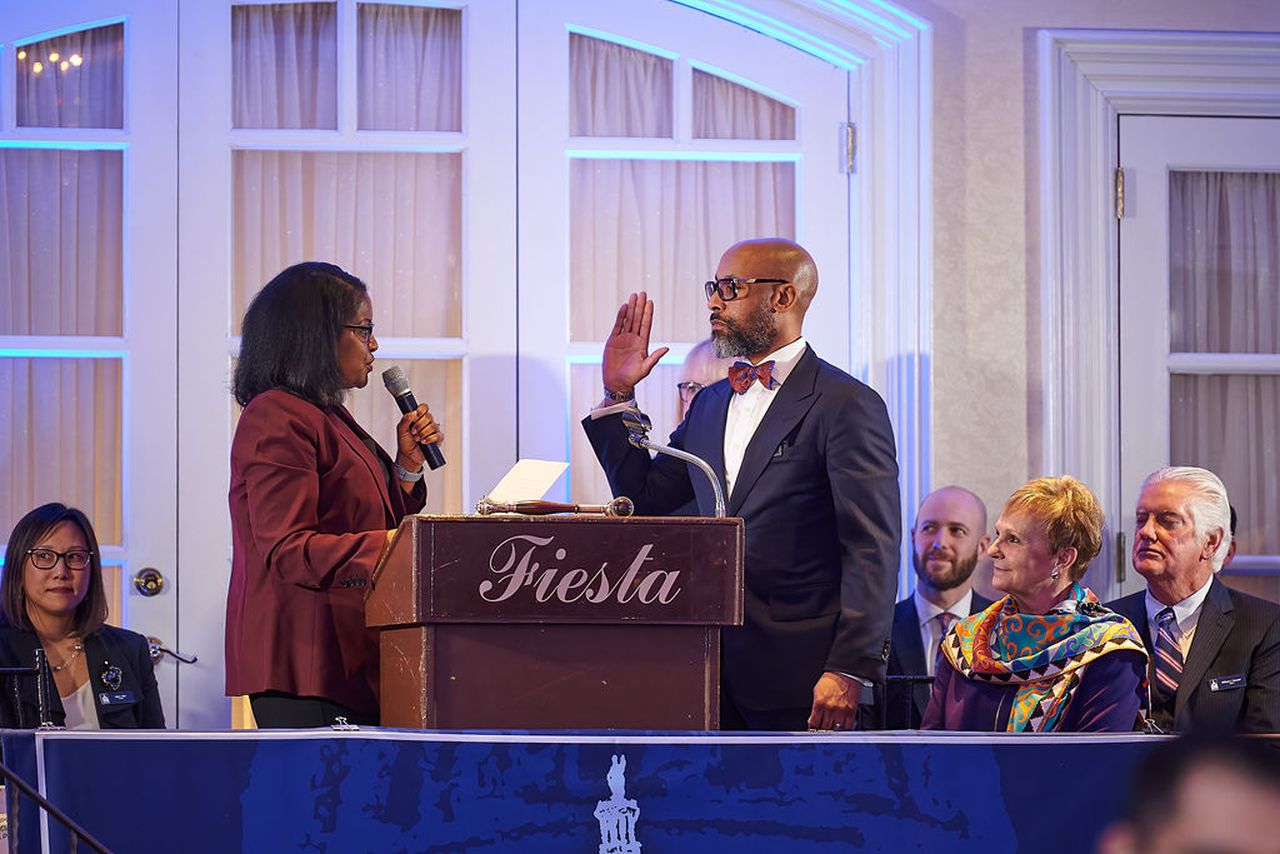 Jason E. Foy understands the significance of this moment. He’s not just the first black man to be named president of the Bergen County Bar Association. He is the first person of color to lead the powerful Lawyers Guild founded in 1898.

“I am the 124th president, the first person of any color,” Foy said. “Now that I’m here, I want to make an impact. And the impact I’m trying to have goes beyond the surface of my skin.

Foy broke the color barrier at a time when there is a renewed focus on racial inequality within the justice system, both in New Jersey and across the country. Associate Justice Fabiana Pierre-Louis, the first black woman to serve on the New Jersey Supreme Court, was sworn in at the ceremony April 6 at the Fiesta in Wood-Ridge.

Foy, 52, has an agenda to lead the Bergen bar, but like every other president before him, only a one-year term to see it through. His top priority is to reduce the backlog of cases in Bergen County Superior Court left behind by the pandemic, and that means having more judges on the bench.

Foy said there are currently seven vacancies on the Bergen County bench, and that number is expected to increase to 10 by the end of the year due to scheduled retirements. Foy said he would contact state senators from districts in Bergen County who block Governor Phil Murphy’s judicial nominations through the senatorial practice known as senatorial comity, a custom by which a state senator can indefinitely block the appointment of a governor in his district. .

Foy did not name the senators who objected, but “I will try to talk to those senators so they can work through their differences,” he said.

“People need their cases heard,” said Foy, a criminal defense attorney who has practiced in Bergen County since 2001. “Judges can’t have 100 cases on their docket.”

His other priority is the racial biases implicit in jury selection, which the state Supreme Court is seeking to correct. Foy is one of 32 attorneys from across the state who serve on the jury selection task force, which is tasked with finding ways to diversify juries.

The task force released its report in November with a number of recommendations for the NJ Legislature and the state Supreme Court. One suggestion was to consider allowing people who had been convicted of indictable offenses to serve on a jury; another suggestion would expand the pool of potential jurors by drawing their names from other datasets in addition to driver’s licenses, tax forms and voter registration records that are currently in use.

“It all depends on who becomes a juror. Who can serve? Foy explained. “You can’t always know who has a driver’s license. And do you eliminate people with criminal records from the jury pool? »

Foy grew up in Englewood, where he attended Dwight Morrow High School. He graduated from Syracuse University and received his law degree from the University of Maryland.

He began his career as a prosecutor with the Bronx District Attorney’s Office in the mid-1990s, then moved into criminal defense when he came to work in Bergen County. He is a partner at Foy & Seplowitz in Hackensack.

Foy is aware of his place in history, wants his time as president of the bar association to be “more than just an exercise in diversity on a superficial level”. He wants more than that.

“It must be more that I am the first black president,” Foy said. “I really want to make us better and more inclusive as an organization. And when I leave, I will look behind me and I know that I will see Muslims and Koreans who are lawyers and are part of this organization.

Our journalism needs your support. Please subscribe today to NJ.com.

Richard Cowen can be reached at [email protected].