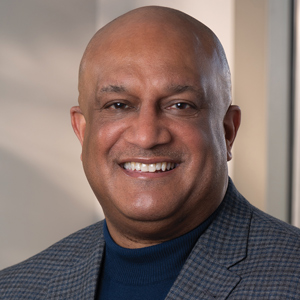 Cardwell is a Roanoke-based partner and Chairman of the Board of Woods Rogers PLC. He was a delegate to the American Bar Association, representing Virginia, and was appointed to the Virginia Human Rights Council.

“I am proud to be a member of the VBA,” Cardwell wrote in his first letter to members of the association. “Yet I am smart enough to know that multitudes of lawyers who came before me, black and otherwise, deserved this honor, and I stand on their shoulders.”

Cardwell is Woods Rogers’ seventh person to lead the group. He joined the firm as a partner in Roanoke in 1991 and became a director in 2006. His practice focuses on labor and employment law, and he is co-chair of the Labor Practice Group and the employment of Woods Rogers.

“The entire firm is proud to call Victor our colleague and friend. I can’t think of a more apt attorney to serve the VBA as the 134th president,” Dan Summerlin, president of Woods Rogers, said in a statement.

“During my 365 days in office, I want the VBA to be seen as the most welcoming and open bar organization in the Commonwealth. The VBA must be the guide for all lawyers in Virginia,” Cardwell said in a communicated.

Cardwell succeeds Richard H. Ottinger, a partner at Vandeventer Black LLP in Norfolk, as chairman. When Cardwell was sworn in on Monday, the oath was administered by his sister, retired Philadelphia trial judge Renee Cardwell Hughes.

“Make no mistake, I know how many great lawyers, black and otherwise, have earned this honor in the past and my goal is to make sure more diverse lawyers get involved in the VBA and reap the benefits like me. “, Cardwell told members and guests during a Zoom call. “I’m a better lawyer because of my association with the VBA. I want every attorney in Virginia—regardless of race, sexual identity or orientation, socioeconomic status, geographic location, or any other factor—to call the VBA home to them.

He will appoint members from across the organization to the new Diversity, Equity and Inclusion Committee, which Ottinger created in 2021.

VBA elected two more leaders on Monday: Benjamin D. Leigh of Atwill, Troxell & Leigh PC in Leesburg as president-elect, and W. Ryan Snow of Crenshaw, Ware & Martin PLC in Norfolk as chairman of the board of governors . Additionally, the Young Lawyers Division, a group of approximately 1,200 lawyers under the age of 40, elected a new president for a one-year term. Kristen R. Jurjevich, shareholder of Pender & Coward PC in Virginia Beach, will assume the chairmanship. R. Patrick Bolling, Director of the Labor and Employment Team of Woods Rogers PLC, was elected Chairman.

VBA also elected four new representatives to the Board of Governors for a three-year term:

The Virginia Bar Association has 4,200 members and is the largest voluntary bar association in Virginia.