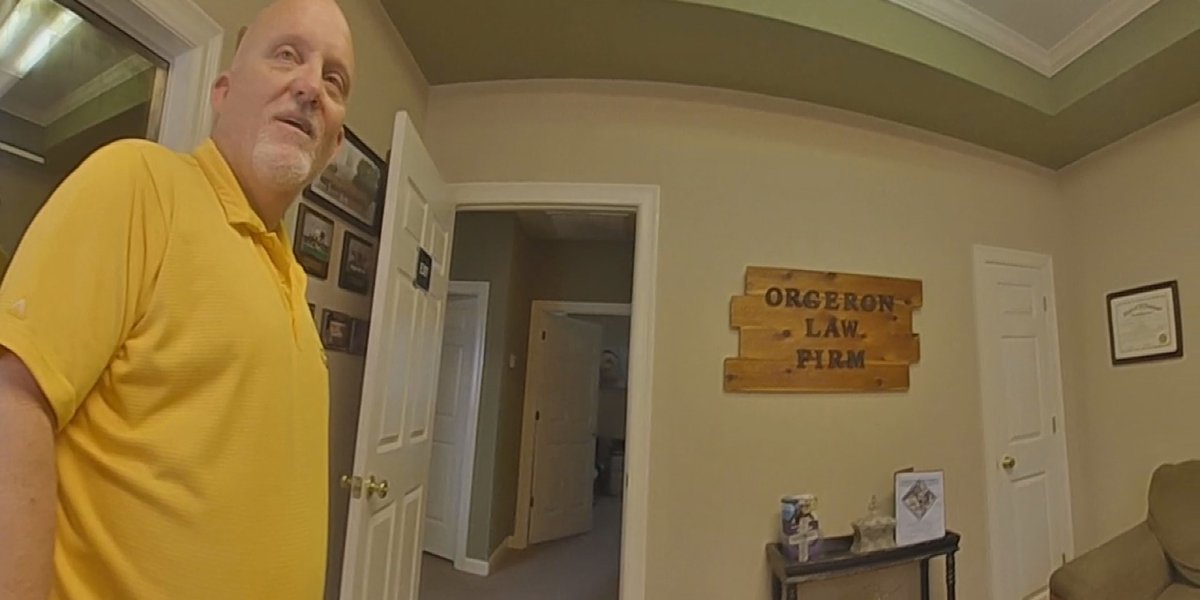 Orgeron and Roydall Lumar are each charged with simple battery following an October 2021 altercation between the two inside Orgeron’s law office in Prairieville.

Both men blame the other for starting the fight which left them with minor injuries. When Ascension Parish Sheriff’s Deputies arrived, body camera footage shows they found Lumar waiting in the law firm’s parking lot on Post Office Road.

The footage shows a deputy interviewing Lumar, who tells him that he arrived at the law firm to collect a check from Orgeron when the two began to argue.

“He got mad and he tore up the check and told me to get out,” Lumar told the deputy.

Lumar says that when he refused to leave and demanded that the police be called, Orgeron physically attacked him.

“He was like, ‘If you’re not going to get out, I’m going to get you out.’ And that’s when he started swinging at me and grabbing my hair,” Lumar explained.

The same deputy then went inside the law firm to question Orgeron. Orgeron told a completely different story, claiming that Lumar acted first by knocking him to the ground.

“And when he came towards me, I knew he was going to start kicking me, so I got up as fast as I could and my forearm hit him in the face a couple of times,” he said. said the adviser to the deputy.

Deputies eventually offered the pair the chance to drop the case and move on without anyone being charged. However, Lumar said he wanted to press charges against Orgeron. At that point, unable to determine who was telling the truth, the deputies charged the two men with simple battery.

“You’ll both have your day in court and you can tell the judge your position and he can say his,” the deputy responding to Lumar said, according to body camera footage.