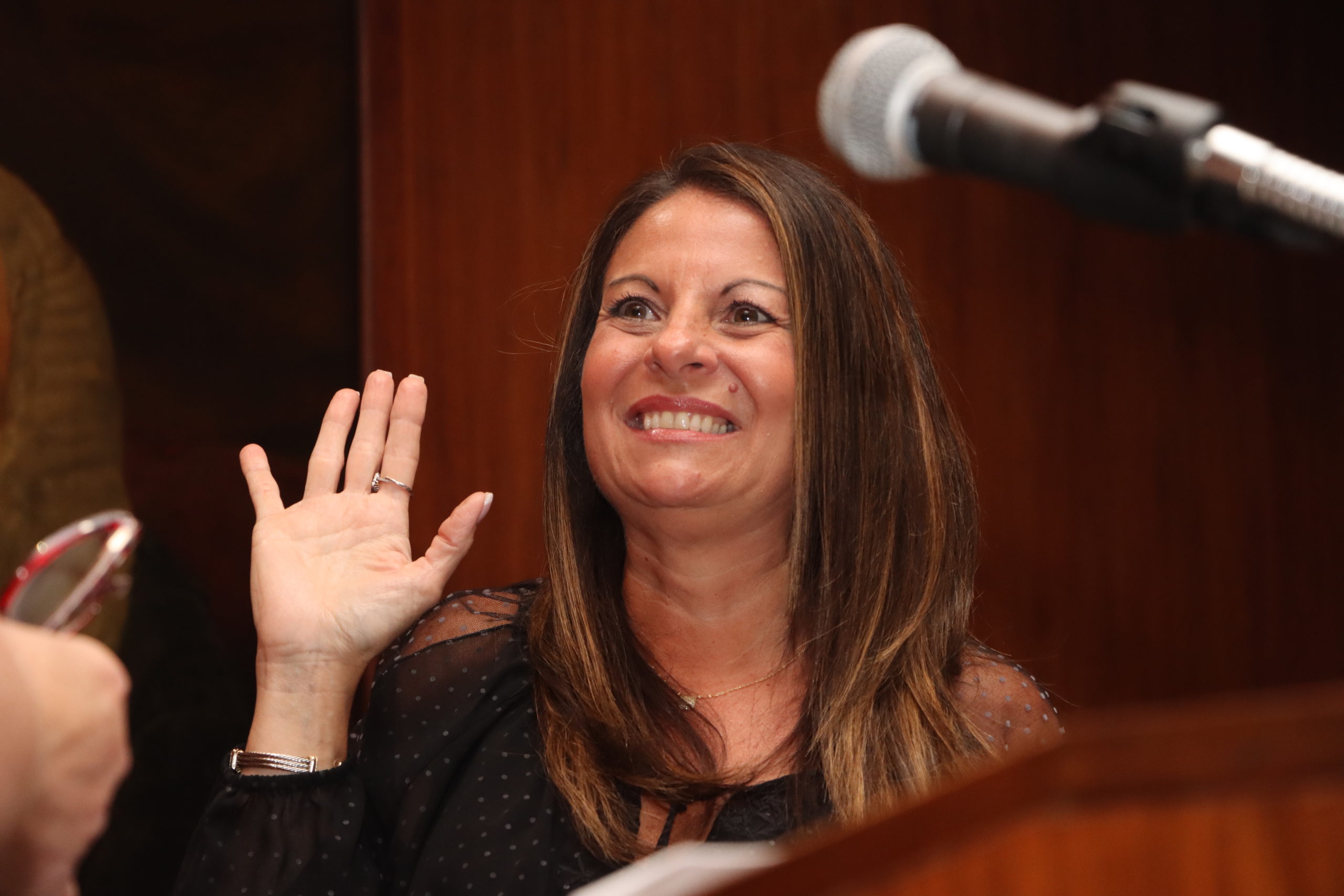 Mauro, who succeeds Madeline Kirton, was installed by former President Hon. Sylvia Hinds-Radix, the current NYC Corporation attorney, who previously sat on the bench of the Appellate Division, Second Department. Dean Delianites served as emcee for the event.

Mauro is a partner at Ahmuty Demers & McManus where she is one of the firm’s senior litigators working at the trial and appellate court level. A graduate of St. John’s University and New York Law School, Mauro began working for Zawacki, Everett, Gray & McLaughlin until 2006 when she moved to Abrams Fensterman, where she worked for more than 13 years.

While Mauro became a litigator, she got her start as a paralegal specialist in the United States Attorney’s Office for the Eastern District of New York before law school. There, she helped prosecute major drug cartel cases in the Criminal Division’s narcotics unit. She also has experience as internal and external legal counsel for various insurance companies.

Mauro was installed alongside new and reappointed officers including Victoria Serigano, Raquel Miranda, Danielle Ciraola, Jovia Radix and Angelicque Moreno. Directors and delegates from the Women’s Bar Association for the State of New Yorki were also installed during the ceremony.

Robert Abruzzese is the former legal editor of the Brooklyn Daily Eagle and director of member services for the Brooklyn Bar Association. Now as a legal columnist for the Eagle, Abruzzese writes about the BBA and the local legal community. You can reach him by email at [email protected] Man not responsible for vandalizing vehicle in Times Square