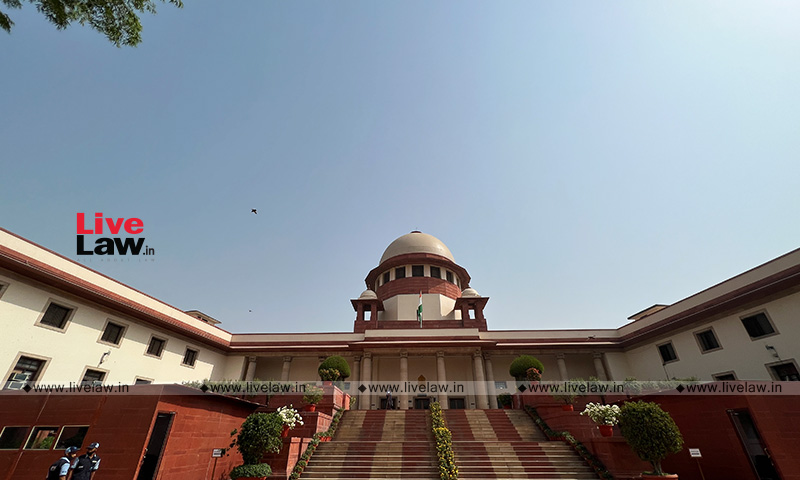 On Tuesday, the Supreme Court reserved judgment in a special leave application filed by the Orissa Administrative Court Bar Association challenging the order of the Orissa High Court confirming the notification issued by the Department of Personnel and of the formation of the central government dated August 2, 2019 abolishing the Odisha Administrative Court (“OATS”).

A bench comprising Judges DY Chandrachud and Hima Kohli requested counsel for the parties to submit a brief summary no later than 23 September 2022.

Mr. Ashok Kumer Parija, Attorney General representing the State of Odisha, informed the House that after the cancellation of the notification by the Union Government on 02.08.2019, 49,817 cases were transferred to the High Court of Orissa. Of which 38,226 cases, as of September 19, 2022, have been closed, 11,591 cases remain. 12 judges have been appointed to the High Court, and there are approximately 5-6 High Court benches dedicated to service matters.

He also argued that the abolition notification was issued only after the state government obtained permission from the Full Court of the High Court of Orissa.

Judge Chandrachud asked, “What happened to the employees?“

He was informed that all the employees of the Odisha Administrative Court have been absorbed either by the High Court or by the RERA. The Advocate General added, “Judicial officers were also absorbed.“

Judge Chandracud indicated that nothing survives in this case. He remarked –

“When you can establish a Tribunal, you can dissolve the Tribunal. Maybe the cost of maintaining another court is extremely high, so they thought of giving it to the High Court.”

The barrister, Ashok Panigrahi, appearing on behalf of the claimant, argued that half of the cases which the Solicitor General announced had been dismissed by the High Court were based on the fact that they had become unsuccessful.

Judge Kohli was of the opinion –

“The very fact that so many of these cases have become unsuccessful shows that the Tribunal has failed to meet the deadlines.“

Mr. Panigrahi argued that this was because there was a severe shortage of members at the Tribunal.

“It’s much better to send it to the High Court than to have all this paraphernalia with no infrastructure, no funding…”

He also noted that initially litigants had to go to the Tribunal, then to the High Court and then to the Supreme Court. Dr Aman Hingorani, appearing for the petitioner in a tagged case, informed the Court that the current appeal process is also a three tier process as now litigants must first appear before the single judge and then the bench division and then the Supreme Court. The judge said the High Court can change its rules to provide that matters of service would go directly to the Divisional Bench.

Counsel for the claimants claimed that the object and purpose of the Tribunal Act was to reduce the burden on the High Court. Dr. Hingorani referred to the part of the impugned judgment in which said submission was recorded –

“The learned lawyers for the parties have filed documents before this Court showing the accumulation of arrears before this Court over the past few years. At the same time, faced with the sanctioned complement of twenty-seven judges, the work force has rarely exceeded twenty over the past twenty years. It is therefore questioned by the Applicants, perhaps not without justification, whether the litigant before the High Court whose case has been transferred from the OAT can reasonably hope for a faster settlement of her case? Further, it is pointed out that the transferred case is likely to be heard by a learned single judge of this Court with an appeal of that decision to the DB. This may have been lost sight of by state and central governments when they concluded that by abolishing the OAT, an additional level of litigation could be avoided. In any event, there would now be two levels of litigation, before the High Court itself.“

It was pointed out that these Tribunals have the advantage of being assisted by technical members.

Mr. Panigrahi also pointed out that the judicial impact assessment, in accordance with the Supreme Court ruling in Rojer Mathew v. Indian Union had not been carried out before abolition. Mr. Hingorani added that in the present case no provision of the law on administrative courts suggested abolition. The abolition was effected by issuing a notice under Section 4(2) of the Administrative Courts Act read together with Section 21 of the General Clauses Act without any specific provision of abolition in AT law.

ASG, Balbir Singh, representing the Union Government, defended the abolition of the Tribunal. He mentioned MP High Court Bar Association v. Indian Union in which the Supreme Court held that Parliament had the power to abolish the courts it had created. He added –

“It is not that the Tribunal has been abolished and that there is no arbitration process. It was handed over to the High Court.“