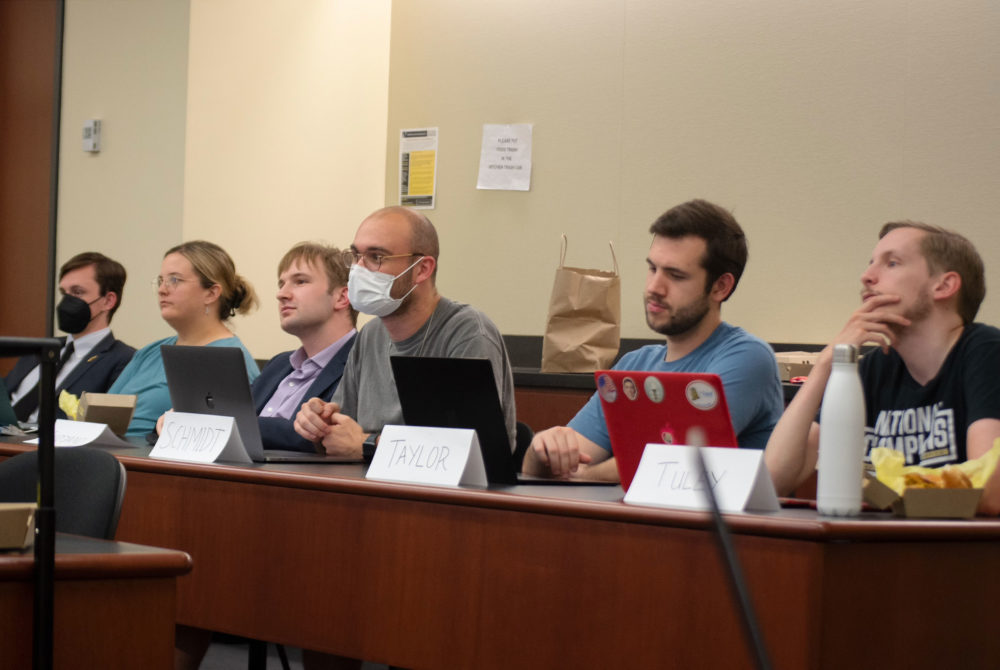 The Senate of the Student Bar Association unanimously nominated two law students to their Supreme Student Court and approved a new technology law organization at their meeting on Tuesday.

The Senate of the Student Bar Association approved a new technology law student organization at its meeting on Tuesday.

The Tech Law Students Association submitted an amendment to its constitution specifying policies for creating, monitoring, and disbanding the blog, in accordance with the SBA’s bylaws.

“Their hope is to provide a space where current and timely articles regarding the intersection of technology and law can be made available to students,” Tanksley said.

SBA President Nicole Karem also addressed an inconsistency between the budget the University gave the SBA in July and the budget it gave them back to school. Karem said the SBA thought she was due to receive $168,000 in July, but reduced it to $144,000 at the start of the school year.

GW cut the budget to allocate more funds for students to the University-Wide Programs Fund, which funds large multicultural events that graduate and undergraduate students can attend. Karem said she was concerned that undergraduates, not law students, would be the main attendees at these events.

“The University told us that they did this unilaterally without asking any of the student organizations what they thought because they were trying to build community,” she said. “To which I respond, ‘What community?'”

The Senate also endorsed Wolfgang Paulson and Roger Johnson on the SBA Supreme Court, which, like the Student Court, litigates SBA-related disputes. SBA Sen. Preston Eagan fielded three candidates, only two of whom got the job, and said all candidates met the necessary qualifications.

Two vacancies remain on the SBA Supreme Court, in accordance with the SBA Constitution.

The next Student Bar Association meeting will be September 27 at 9:15 p.m. at the Law Learning Center.

This article originally appeared in the September 15, 2022 issue of The Hatchet.