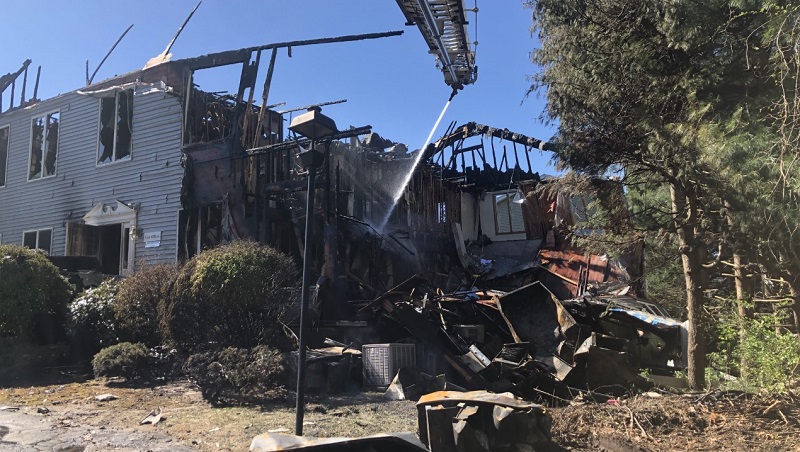 Investigators determined there was no connection between the two incidents, according to Shekarchi.

While he believes them, Shekarchi admitted that the coincidence puts him on high alert.

“Perhaps because of [first] fire, I’m more aware of that,” Shekarchi explained. “It just seemed unusual.”

“I don’t live in fear or worry about it, but I am more aware of my surroundings,” he added.

Shekarchi said the couple who own the car believe the fire was intentionally started, although investigators have not come to the same conclusion.

“They don’t believe it burned spontaneously,” Shekarchi said. “The car sat idle for about 10 hours and then all of a sudden it caught fire…and it was very bad. It wasn’t just smoldering, it was burning all the way to the frame.

The RI state fire marshal acknowledged that investigators were unable to determine the cause of the fire at Shekarchi’s law office last May, citing extensive damage to the building.

Although the exact cause remains unknown, the fire marshal has not ruled out the possibility of arson.

Shekarchi still doesn’t know if the fire at his law office was intentionally set, but said he continues to deal with the fallout.

“As a solo practitioner, I had well-defined notes and patterns,” Shekarchi said. “I lost them all.”

“I saved them all [because] I was afraid of a hack,” he continued. “I had all the backups in my office and they burned too.”

He said that although his practice is “close to a full recovery”, there are still times when he realizes he’s not quite there yet.

“I go to my assistant and say ‘pull that file’, but we don’t have that file anymore,” he said.

Shekarchi hopes he will have an answer about what happened at his law firm in the near future.