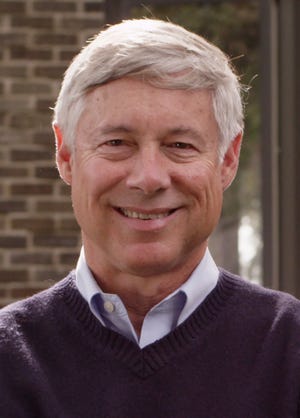 The 2022 recipient of the award is Fred Upton, U.S. Congressman for Michigan’s 6th District.

On May 1, 1985, the St. Joseph County Bar Association established the local Liberty Bell Award. The award is presented annually on Law Day, May 1, to a non-lawyer, individual or organization, within the community of St. Joseph County, who has made an outstanding contribution to the community in one of the following areas:

The St. Joseph Bar Association chose Upton for his many years of service to the citizens of St. Joseph County and members of the 6th Congressional District.

Upton has served as the representative for Michigan’s 6th congressional district, which includes St. Joseph County, since being elected in 1986. He has been reelected to that seat an additional 13 times. He is currently one of the most senior members of the House of Representatives. On April 5, Upton announced that he would not run again.

There will be an official presentation of the Liberty Bell Award by the St. Joseph County Bar Association at 9 a.m. on May 25. The ceremony will take place in Circuit Court Judge Paul Stutesman’s Courtroom A on the 2nd floor of the St. Joseph County Courthouse. A small reception will follow. The public is invited to attend this ceremony.