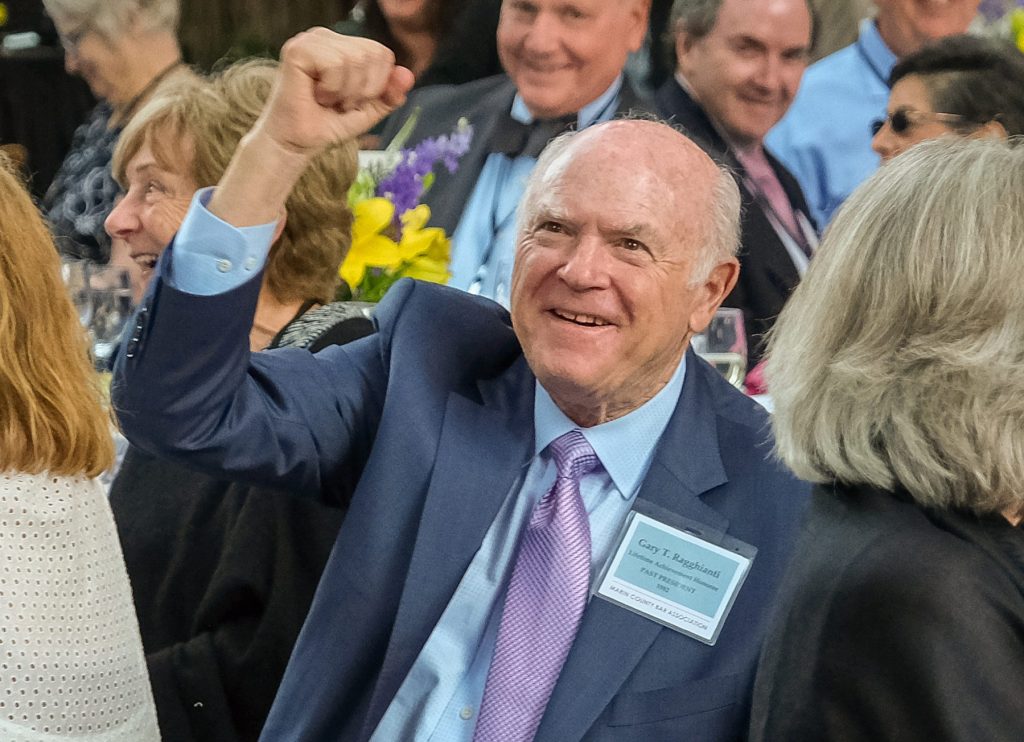 Ragghianti was honored at an event at Deer Park Villa in Fairfax on Wednesday. The association announced Ragghianti as the recipient of the award in 2020, but the event was delayed due to COVID-19, said Mee Mee Wong, the organization’s executive director.

Ragghianti, whose career spans 50 years, joined three other lawyers in the 1970s to form the firm Conn, Breiner, Birkie and Ragghianti. He is a former county attorney and served as a city attorney in Tiburon, Belvedere, San Rafael, and Corte Madera.

Dennis Ryan, former Vivalon board member and past president, received the “Beth Ashley Award” for his contributions to the organization.

The award was created in 2003 in honor of the longtime Independent Journal columnist. She was a board member of Whistlestop, the former name of Vivalon.

Ryan served on the board for nine years, including seven as chairman, bringing financial and strategic leadership experience to the organization. Ryan received the award on his last day on the board in May.

Twenty-two volunteers from Marin, Sonoma and Solano counties were recognized for their work with the North Bay Chapter of the American Red Cross during an online event earlier this month.

Movers and Shakers is compiled by Adrian Rodriguez and appears weekly. Send the information to [email protected]

The African Bar Association condemns the murder of migrants in Morocco