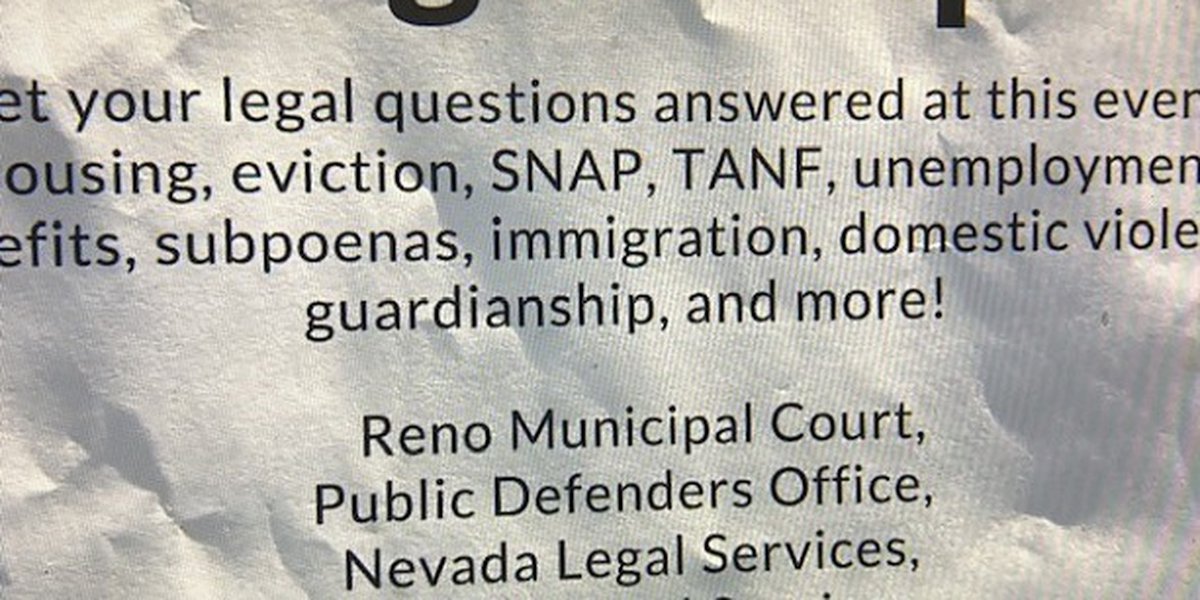 RENO, Nev. (KOLO) — On Monday, Catholic Charities sponsored its third legal services event of the year. It was specially designed for local homeless people. Representatives from Nevada Legal Services, Immigration and the Public Defender’s Office were all on hand to help resolve issues such as child custody, deportation or legal status.

But also in the parking lot, a tent for the municipal court of Reno. Judge Shelly O’Neill was there to help run the Reno Municipal Court’s warrant amnesty program.

“I live in the real world,” says Judge O’Neill. “And I know what it’s like to have all these pressures on you. I want to relieve at least one of those scary pressures on people’s backs so they can take care of their business and their families. And get on with their lives,” she says.

The amnesty program began July 1, 2022 and will run until September 30, 2022. Typically, she says warrants are for traffic violations, but they can also be for other offenses minors.

Along with the dozen people she saw on Monday, she says one of the warrants dated back to 2015.

But, in general, she says outstanding warrants are a result of COVID.

“Covid. It was very difficult to get people to come to court. Many times, because the courthouse was closed,” says Judge O’Neill.

Other reasons for outstanding warrants include fear, lack of money and a misunderstanding of the justice system.

Judge O’Neill says she dismissed refusals to appear for many people on Monday. According to her, the original charge can be settled with lower fines or even community service.

According to her, the exceptional warrants only complicate a difficult life with such information being passed on to a rental management company, car insurance, a potential employer and the DMV.

She encourages those who have outstanding mandates with the Municipal Court to take advantage of the amnesty program. Chances are that when Catholic Charities sponsors another legal aid event, it will be too late.

Catholic Charities hopes to hold another event in the fourth quarter, in the fall.