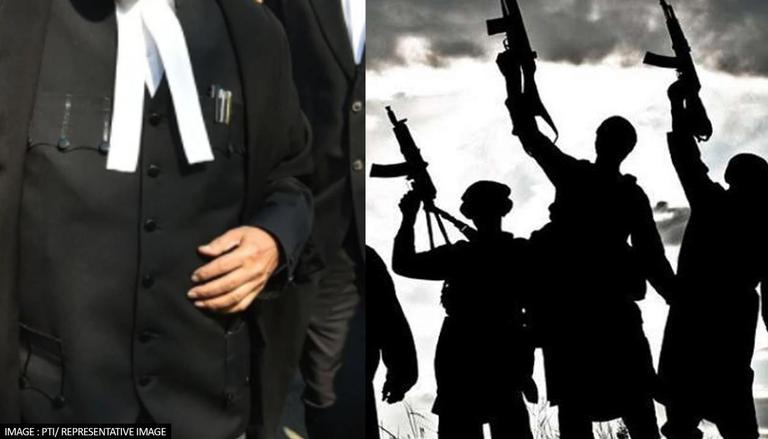 The Jammu and Kashmir High Court Bar Association announced Thursday that it will refrain from work today, October 8, to condemn repeated terrorist attacks in the region. The association also informed that it will also organize demonstrations against the continued terrorist activities in the territory of the Union. The decision came after two teachers were gunned down by terrorists in Srinagar on Thursday.

In a issued circular, the bar association J&K High Court said its chairman and senior lawyer, MK Bhardwaj, strongly condemned the activities and suspected Pakistan for its involvement in the brutal attacks. “Bhardwaj strongly condemned Pakistan-sponsored terrorism for carrying out a policy of enmity against India and harboring terrorism on its soil and using it to threaten the lives of the people and the security forces of our country. territory of the Union, “the statement read. The council also called the attack an “act of cowardice” and said the attackers were targeting UT minorities.

Two teachers killed by terrorists at government school in J&K

In a horrific attack in Jammu and Kashmir, two teachers were shot dead by terrorists on Thursday. The terrorist attack took place in Eidgah Sangam, a neighborhood in downtown Srinagar where the two teachers were dragged out of the classroom and shot dead by terrorists. The victims – Satinder Kaur and teacher Deepak Chand were both residents of Allochi bagh. The heinous attack came two days after terrorists killed three other civilians, including a prominent Kashmiri pundit.

After the attack, the Jammu and Kashmir police as well as the CRPF also reached the scene of the terrorist attack. This is coming as another attack in recent days. The Resistance Front (TRF), an offshoot of Pakistan-based Lashkar-e-Taiba, also threatened and warned that minorities and other residents would be targeted.

Earlier on Tuesday, three civilians in Jammu and Kashmir were killed in separate terrorist attacks within nearly an hour. According to official information provided by the Kashmir area police, the first terrorist attack took place in the Iqbal Park area of â€‹â€‹Srinagar, then near Madina Chowk Lalbazar and finally in the Bandipora district. The Resistance Front (TRF), an offshoot of Pakistan-based Lashkar-e-Taiba, reportedly claimed responsibility for the attack.

Protesters call for legal aid for undocumented students, call for sever ties with ICE at rally for immigration rights