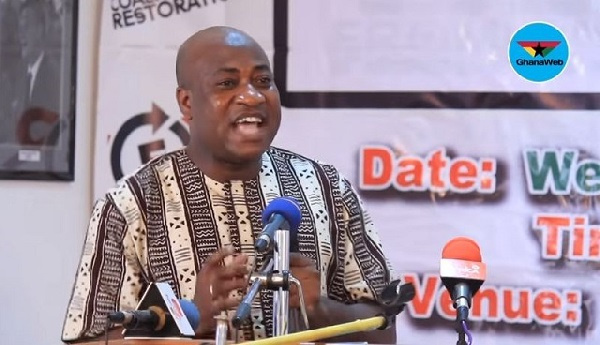 Hypocritical Bar Association operating as a wing of NPP

Ibrahim Murtala Mohammed, MP for Tamale Central Constituency, has pointed out what he describes as hypocrisy on the part of the Ghana Bar Association, GBA.

The lawmaker cited the group’s selectivity in his comments on national issues to support his classification of the GBA as a “bunch of hypocrites”.

According to him, the GBA in its current mode behaved like a wing of the ruling New Patriotic Party (NPP).

Murtala was commenting on a statement in which the Association called on the police to take action against those involved in the public flogging of “two lovers” in the forecourt of Wa Naa Palace this week.

He pointed out that while he agreed with their statement, it also exposed their double standards in choosing what to comment on and when.

“They are behaving like an NPP wing. In this country, at La Mansha Naa Palace in Tamale, the police shot dead a gentleman. The Ghana Bar Association saw no need to say anything. In this country, people who went to protest and participate in an electoral process, they were shot under the instructions of the government (yet) the Ghana Bar Association saw nothing of what happened to these citizens” , he lamented in an interview on JoyNews this week.

The MP referred to a statement from 2000 in which the GBA promised at the time to remain silent on political discourse following the NDC’s defeat in the election. He stressed that the GBA cannot afford the luxury of commenting when it suits them.

“Other people can do it, but for them I have a problem. Because [in] several incidents, the ones I mentioned, they didn’t see the need for it.

He went further citing cases such as the death of Major Mahama, the post-2020 election violence, the chaos of the Ayawaso-West Wuogon by-elections and questioned, “What did they say about it? They were silent.

“It was a violation of people’s rights. It was an attack on our democratic processes. You had military personnel who were commandeered by Ministers of State in Parliament. The Ghana Bar Association did not see need to comment. Who are they trying to fool?”

Regarding the Wa incident, the GBA, in a statement dated June 1, said, “The flogging of young people is archaic, backward, barbaric and abominable, and the GBA unequivocally condemns it. The barbaric act contravenes Articles 12(2) and 15(1)(2)(a) and (b) of the 1992 Constitution.”

The statement went on to call on “relevant security agencies to arrest all those involved in the physical abuse of the two youths, investigate the incident and ensure that the perpetrators are prosecuted in accordance with the law”.