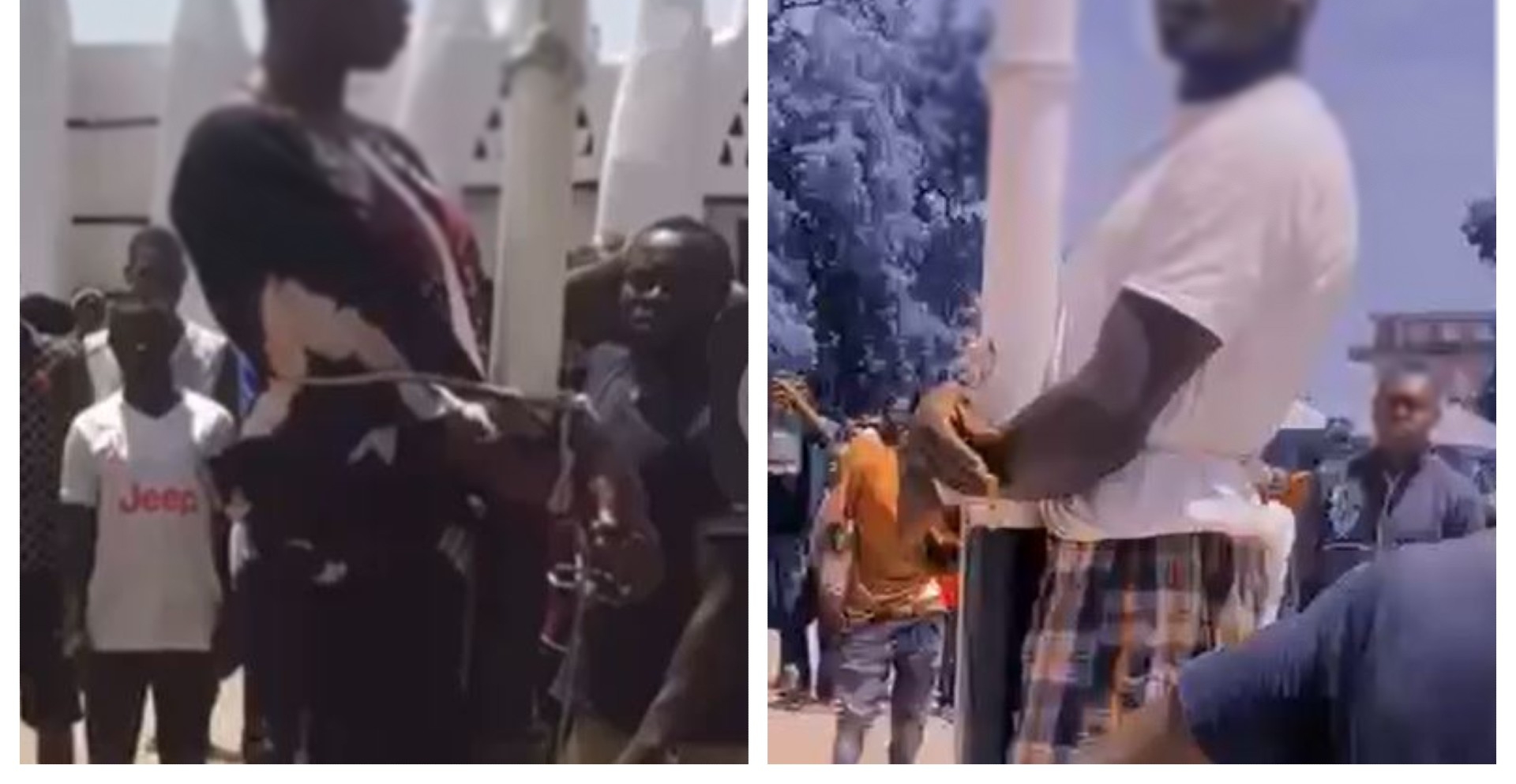 The Ghana Bar Association has condemned the flogging of two lovers on the forecourt of Wa Naa Palace in the Upper West region.

In a statement dated June 1, the GBA said the flogging of individuals was humiliating, dehumanizing and also a violation of their basic human rights.

“The flogging of young people is archaic, backward, barbaric and abominable, and the GBA unequivocally condemns it. The barbaric act contravenes Sections 12(2) and 15(1)(2)(a) and (b) of the 1992 Constitution,” the statement read.

In view of this, GBA called on “relevant security agencies to arrest all those involved in the physical abuse of the two youths, investigate the incident and ensure that the perpetrators are prosecuted in accordance with the law”.

On Tuesday, May 31, the lovers were reportedly beaten because they were seen in a sex tape that went viral on social media.

According to the young men, it was wrong of them to have filmed their sexual act.

They were therefore punished for having tarnished the reputation of the city and for having engaged in an act frowned upon by Islam.

Reports say the duo were arrested by young men from the town and taken to the Palace. However, when they arrived at the Palace, the Wa Naa was absent.

The young men, instead of waiting for the leader, decided to take matters into their own hands and meted out whatever punishment they thought appropriate.

The two victims received 20 lashes each.

The police first arrested Bushran Khidiri, 32, a telephone repairer. He is believed to be one of the young men who forced the young woman in the leaked sex video to Wa Naa Palace for flogging.

Later, Issahaku Mahama, 70, and Naa Sidiki Mahama, 62, a farmer from Wa-Dobile, were arrested.

The duo are said to be part of a meeting at the palace which ordered the flogging of the lovers.

Meanwhile, the Ghana Bar Association said it is following the case closely and will provide all necessary legal assistance to the unfortunate victims of this lawless and barbaric act.

They also called on the general public to refrain from taking the law into their own hands by imposing penalties on those they suspect of breaking the law or breaching the moral codes of any community.

The GBA also urged “all Ghanaians and people living in Ghana to uphold the fundamental rights and freedoms of all, guaranteed by the Constitution, because the right of each individual ends where that of another begins.”