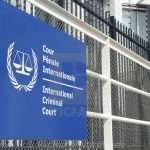 Since 2011, work has been underway under the Mutual Legal Assistance Initiative (MLAI) to create a modern and procedural multilateral treaty on mutual legal assistance and extradition, which further facilitates cooperation between States in the prosecution of international crimes. However, recent drafts of the Convention on International Cooperation in the Investigation and Prosecution of the Crimes of Genocide, Crimes Against Humanity and War Crimes (the MLA Convention) go far beyond the regulation of the interstate assistance and create national regimes requiring the prosecution of alleged perpetrators and reparation for victims. A number of states supporting the agreement have expressed concerns about the inclusion of broader obligations, arguing that they will make the treaty less attractive and lead to fewer state ratifications. Instead, they advise a return to a “pure” MLA treaty focused on cooperation. As negotiations around the adoption of a new treaty reach a crucial stage as states prepare for a diplomatic conference in Ljubljana, Slovenia, this message asks whether, in its current form, the MLA Convention is serving its purpose initial step to fill the cooperation gap.

There is an urgent need for a multilateral instrument that facilitates interstate cooperation on mutual legal assistance and extradition in the prosecution of international crimes. In recent years, there has been a significant increase in domestic prosecutions for international crimes. Prosecuting states frequently require the assistance of others to ensure the presence of the accused or access to evidence, witnesses and property, and many states require a legal basis for providing assistance. There are currently no international or regional treaties designed to allow such cooperation on international crimes. The provisions of the Genocide Convention and the war crimes provisions of the Geneva Convention are rudimentary. There are no crimes against humanity treaties left. The Statute of the International Criminal Court (ICC) does not contain a regime for cooperation between States. International treaties that contain more modern cooperation agreements, such as the United Nations Convention against Transnational Organized Crime (UNTOC) and the United Nations Convention against Corruption (UNCAC), cannot easily incorporate international crimes into international treaties. parameters of their definitions. There is therefore a gap to be filled and it is these shortcomings that the MLAI initially sought to fill through the development of technical and procedural tools that would increase the possibilities and effectiveness of the national prosecution function.

The proposal for a new treaty was initially put forward through the Assembly of ICC States Parties, but the desire to attract support beyond ICC States Parties prompted the core group (the States leading the MLAI – Argentina, Belgium, Mongolia, Netherlands, Senegal and Slovenia) to seek an alternative forum for treaty-making. Efforts have been made to situate it within the United Nations Commission on Crime Prevention and Criminal Justice (CCPCJ). However, many states felt that this initiative fell outside the CCPCJ’s mandate and that the crimes involved were too political. The MLA initiative therefore developed as a stand-alone process.

In December 2018, a draft convention on international cooperation in the investigation and prosecution of the crime of genocide, crimes against humanity and war crimes (the MLA treaty) was finalized. International consultations between States and civil society took place in the framework of two preparatory conferences in 2019 and 2020 in the Netherlands. Informal consultations were held virtually in 2021. The first diplomatic conference, originally scheduled for June 2020, was postponed due to the COVID-19 pandemic until 2022. The MLA Initiative website explains that it currently enjoys the support of 76 states. To date, there have been four draft treaties.

The current project is a significant step forward in developing a basis for interstate cooperation on international crimes. It lays down the provisions relating to the designation of the central authorities, the channels and means of communication, as well as the language of the requests, all essential elements of efficient cooperation systems. In terms of mutual legal assistance, it describes the purposes for which assistance may be requested, the format of requests, the grounds for refusing assistance and the procedures for executing requests, confiscation, proceeds of crime, investigations joint and special investigative techniques. It regulates the appearance of persons in the requesting State, hearings by videoconference and the testimony of witnesses in the requested State. Cross-border investigations, the use of special investigative techniques, covert investigations, and the possibility of electronic surveillance and other forms of surveillance are extensively regulated. With respect to extradition, it provides protections under the rule of specialty, formalities and procedures for requests, grounds for refusal, conditional extradition, provisional arrest and transit, regulates the re-extradition to third States and the receipt of contradictory requests, and provides for a mechanism for the seizure and exchange of property. It would seem to fill the void of cooperation.

And yet, there is concern. Only half of the draft treaty concerns cooperation. Beyond the provisions relating to legal aid, it imposes on States parties the obligation to criminalize genocide, crimes against humanity and war crimes in domestic law and to impose sanctions. States parties are required to establish their jurisdiction when these crimes are committed on their territory, by their nationals or when the victim is a national. Jurisdiction must also be established if the alleged offender is present in the territory of a State Party and is not extradited to another State or surrendered to an international criminal tribunal. The project contains a aut dedere, aut judicare provision and States Parties are required to refer cases involving international crimes to their competent authorities if the person concerned is not extradited. Internal measures are necessary to establish a liability regime for legal persons. Limitation periods should not prevent the provision of judicial cooperation. The treaty requires the creation of systems for victims to file complaints, regulate their participation in proceedings and award reparations. There are 8 annexes allowing states parties to extend application to a range of other international crimes, including amendments on war crimes under the ICC Statute, aggression, torture and disappearance forced. It is clear that the MLA Convention has become much more than an instrument of technical cooperation and has strayed into what has traditionally been politically contentious territory.

The Need for a Scope Resolution

Two very different views emerged on what the mutual legal assistance treaty should regulate and how it should progress. On the one hand, there is a group of states that seek to maintain a narrow focus on interstate cooperation mechanisms and use the treaty to develop technical tools to facilitate the extradition of suspects and the exchange of information, evidence and assets. On the other hand, there is a coalition of States, which includes the core group and NGOs, who see the mutual legal assistance treaty as an opportunity to stimulate national legislative action on the criminalization of international crimes, the expanding jurisdiction over them and promoting and protecting the rights of victims in national proceedings. For this second group, interstate cooperation is only part of the content of the treaty.

The objection of the “pure MLA” group is that for the MLA Convention to really add value in the fight against impunity, it must be attractive to as many States as possible, including those which are not ICC States Parties and European MLAs. implements. They argue that a treaty that imposes obligations to criminalize international crimes will not be ratified by these states, thus diminishing the value of the Convention as a whole. Indeed, we should already be worried about the limited appeal of the MLA Convention. Of the 76 states supporting the ICC, only 7 are states not party to the ICC and more than half are European. There are none from the Middle East and two (Kazakhstan and Mongolia) from Asia. Another treaty ratified by a majority of European states, which already have a range of possibilities for regional cooperation, will not solve the problems linked to the absence of international instruments for mutual legal assistance. At present, the MLA Convention risks becoming the horizontal cooperation arm of the ICC, ratified only by ICC states parties, albeit in fewer numbers than the current 123. This was something the core group initially wanted to avoid because necessarily limiting agreement between ICC states parties limits the possibilities for cooperation.

There are already a number of – albeit imperfect – treaty regimes that oblige states parties to prevent, prosecute and punish international crimes. But, there is no international legal framework that regulates interstate cooperation in their regard. A treaty based on well-established technical cooperation procedures will hopefully be widely accepted by States. On the other hand, the additional inclusion of onerous criminalization and jurisdictional frameworks can be off-putting. To increase the possibilities for national prosecution of international crimes, an internationally attractive instrument that facilitates cooperation between the widest possible range of States is needed. With that in mind, the Core Group should reign in its ambitions, albeit laudable ones, and create a pure MLA treaty. This should not be seen as a compromise or an inferior solution. Cooperative regimes are essential elements in the investigation and trial of international crimes. Indeed, they are often the key to acquiring the evidence necessary for the constitution of files. If national jurisdictions are to take on a greater and more proactive role in prosecutions, legal mechanisms enabling them to effectively and efficiently share information and evidence and extradite alleged perpetrators are urgently needed. The MLA Convention can be this instrument.

Coming back to the question of whether the current project fills the cooperation void, the answer is, on paper, yes. However, it needs to be ratified by the state to close the gap in practice. The current “cooperation plus” approach may make this ratification difficult to obtain.