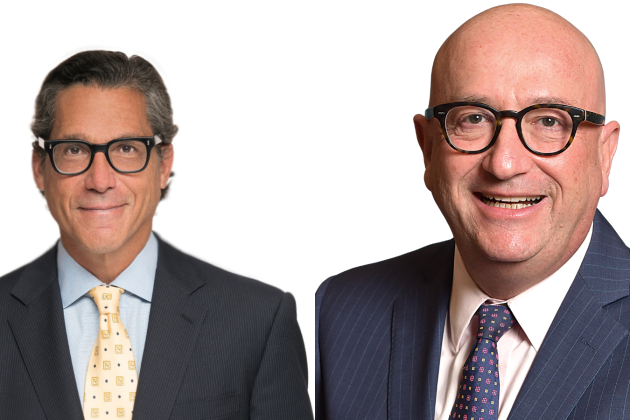 The dinner will take place on September 21 on the outdoor terrace of the Maybourne in Beverly Hills.

Rosengart, pictured left, a former federal prosecutor and current litigator with clients in entertainment and other industries, will receive the Distinguished Advocacy Award, which honors a litigator whose successes in business have resulted of expert legal skills, a unique trial strategy and teamwork in the courtroom, and that also gives back to the community.

Well known for his legal prowess on behalf of pop superstar Britney Spears in her fight against her restrictive conservatorship arrangement, Rosengart was Variety’s Power of Law honored at the annual Power of Law luncheon on April 20. The award was presented to him by Sean Penn, for the charity CORE, Rosengart is general counsel.

Cowan, pictured right, recognized for outstanding public service and dedication to advancing the legal profession, will receive the Ronald M. George Award for Judicial Excellence, named after the former Supreme Court Chief Justice of California who retired in 2011 and was the first recipient. .

“The Beverly Hills Bar Association is pleased to recognize Mathew S. Rosengart and Justice David J. Cowan for their tremendous impact on our legal profession,” said BHBA President Anthony D. Ross. “They are dedicated advocates for fairness and equal access to justice.”

The best of variety