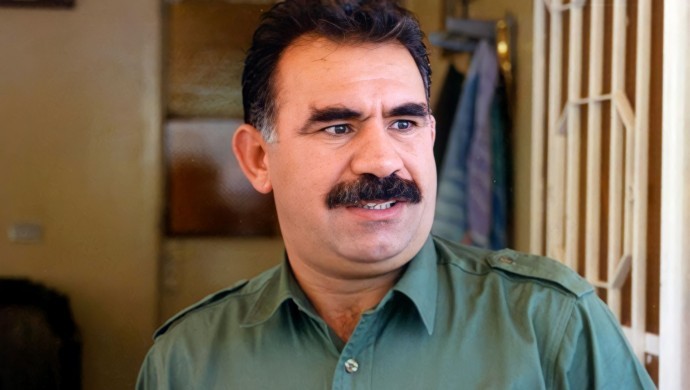 In the press release, it is said that their client has not been able to benefit from his rights defined in national and international laws for 3 years. It has been constantly said that after the meeting with the lawyers on July 27, 2011 and May 2, 2019, all requests made with the meeting request are blocked extrajudicially.

“THE HUNGER STRIKES HAVE BREAK THE ISOLATION TO A CERTAIN EXTENT”

The office said that Leyla Guven, co-chair of the Democratic Society Congress (KCD) and an HDP parliamentarian, started a hunger strike on November 11, 2018 in a bid to end the severe isolation in Imrali and for meetings take place with Ocalan and said, “The hunger strike has spread to the prisons and thousands of prisoners have joined the irreversible and indefinite hunger strike. The hunger strike succeeded in breaking the isolation to some extent.

“POLITICAL WILL IS DETERMINANT AT IMRALI”

The lawyers recalled that during the meetings of the lawyers for a period of 3 months, Ccalan announced to the public that he was ready to solve the Kurdish problem by democratic and peaceful means and the declaration continued: “He put an end to the hunger strikes. Shortly after the lawyers’ meeting on May 2, 2019, the Minister of Justice himself appeared in front of the cameras on May 16, 2019 and announced that there was no legal problem for the meetings of the lawyers. lawyers in Imrali. But unfortunately, after the meeting on August 7, 2019, all applications for meetings have since been rejected. From that day until now, not a single meeting with the lawyers has taken place in Imrali. The hunger strikes that took place at this time and the statements of the Minister of Justice later show that it is not the law but the policies of political will that are decisive in Imrali.

From the July 27, 2011 meeting to the July 15, 2016 putsch attempt, in 5 years, all lawyers’ requests for meetings have been rejected by the authorities on the grounds of “bad weather” or “the ferry has broken down”. . After the July 15 coup attempt, a state of emergency was declared and the Bursa Criminal Court decided to ban the meeting of lawyers in Imraliye at first. Later, extrajudicially, with a decree of state of emergency, they paved the way for these prohibitions and they tried to cover them with a “legal” pretext. With this, it is the first time in the Turkish legal system that with a new arrangement the representation of individuals on lawyers was limited – in Imraliye it was completely removed in practice. In order to show what negative effects the isolation system at Imrali has on the justice system, we want to say this; The amendment, which does not prohibit the lawyer’s personal rights, but prohibits lawyers from defending clients, was published in 2004 and targeted our client Abdullah Ocalan. As soon as this article of the law came into force, 15 of Öcalan’s lawyers were banned from meeting him for up to a year. Later, under the pretext of this law, decisions banning meetings with Mr. Ocalan were taken.

LAW IS CREATED ACCORDING TO PUNISHMENTS

In 2019, the Attorney General said, “There remain no legal issues preventing Ocalan’s lawyers from meeting with him.” But shortly after, on July 15, 2016, the correctional court used the state of emergency as an excuse and decided to ban meetings for a period of 6 months so that this decision would always be extended. From that date until today, this prohibition continues systematically. Under the pretext of prohibiting meetings for 6 months, they do not let us meet our clients Mr Ocalan, Omar Hayri Konari, Vaysi Aktas and Hamili Yildirim. We would like to point out that these banning decisions do not contain any provision of the relevant article added to the Law on Enforcement of Penalties, which were added to impose penalties.

One of the most concrete examples that shows how the isolation system in Imrali is arbitrary and extrajudicial; with the exception of Mr. Ocalan, our other three clients were brought to Imrali in January 2015. From that day until now, they ask to be seen every week, but they have not met once with their lawyers . But before they were brought to Imrali, to the prisons where they were detained, and their status is the same as that of Imrali prison. Previously, before a deadline was imposed, they could meet with their lawyers every day of the week.

Our client is detained in difficult conditions and we have only been able to meet him 5 times in 11 years and we have not received any information from him for 17 months. As his advocates, we appeal to bar associations, all human rights and legal organizations, and the general public and demand the following; “How can this situation be considered normal? Can a prison like Imrali, where not a single civilian can take a step, exist in a country where the rule of law is enshrined in its Constitution? Is it possible that the judicial system, like Imrali’s solitary confinement system, can be considered a normal phenomenon? How long will Turkish society remain silent in the face of this injustice, which is unprecedented in any part of the world, and face the facts?

We remind you that the judicial systems cannot tolerate such “exceptional” situations for long. After some time, it spreads throughout the system and puts the system in such a state that it can no longer work. The social, political and economic situation in Turkey today is also a sign of this. For the peace of society and a democratic and legal state, the whole public should see this fact and say enough about this injustice and lawlessness. Our call to all is to act with awareness in the face of the inhuman isolation in Imraliye.

The Law Office of Polly A. Tatum, an estate planning law firm in Worcester, MA, focuses on estate and trust services