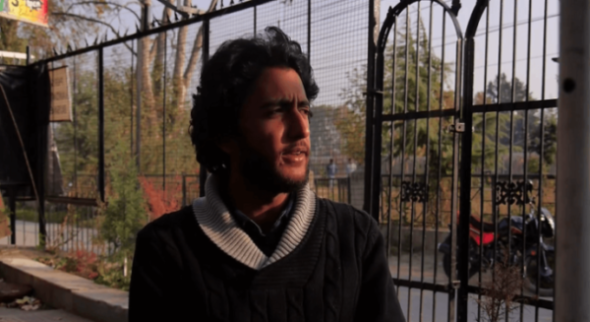 Washington. May 2 (KMS): The American Bar Association (ABA) in a letter to the Supreme Court of India has expressed concern over the detention of two Kashmiri journalists held by authorities under the Public Security Act ( PSA).

The ABA is one of the largest voluntary associations of lawyers and law students in the world, which is not specific to any jurisdiction in the United States but which works around the world.

In a statement, the association said: “Fahad Shah and Sajad Gul, who were affiliated with ‘The Kashmir Walla’ media outlet, have been detained under the Jammu and Kashmir Public Security Act (PSA) since the January 16 and March 14, respectively, adding that the two cases have not only impacted journalists in India, but the behavior of police and prosecutors has called into question the independence of India’s judiciary.

Despite bail orders for Gul and Shah, the statement said police and prosecutors are challenging the will of the judiciary by re-arresting the defendants and holding them without bail ahead of trial on another charge.

Shah and Gul have previously been arrested under the Unlawful Activities Prevention Act (UAPA), allegedly for inciting violence in the course of their legitimate journalistic work. These accusations, however, were found to be devoid of substance, the statement said.

He further said that in Gul’s case, a local magistrate granted bail, but the police re-arrested Gul the next day under the PSA immediately after receiving the bail order.

Meanwhile, in Shah’s case, he was released on bail twice after two different charges under the UAPA. Ahead of a third bail hearing, Shah was again arrested by PSA authorities for “working against the ethics of journalism” and “spreading stories against the interest and security of the nation”, he added.

In their PSA filing on Gul, police based their re-arrest on the view that “there is every concern that [Gul] can be bailed out [Honorable] Court.”

The ABA said such action by the police and prosecutors violates the fundamental principle of the Indian constitution, which guarantees the independence of the judiciary and the rule of law, as well as principle 2 of the basic principles of the United Nations on the Independence of the Judiciary, which affirms that “the judiciary adjudicates matters before it impartially, on the basis of the facts and in accordance with the law, without any restriction, undue influence, incitement, pressure , threat or interference, direct or indirect, from anywhere or for any reason”.

The ABA further stated that with the intervention of the Supreme Court of India, the police may continue to rely on the PSA to undermine press freedom in Jammu and Kashmir. If so, India’s judiciary would effectively be denied the ability to assess the rights of defendants, he added.

However, the ABA had urged the Supreme Court of India to hear and expeditiously resolve the habeas petitions filed by the PSA detainees alleging breaches of due process and, in the alternative, to take cognizance suo motto of the administrative decisions to charge individuals, particularly journalists in the PSA area, the statement concluded.