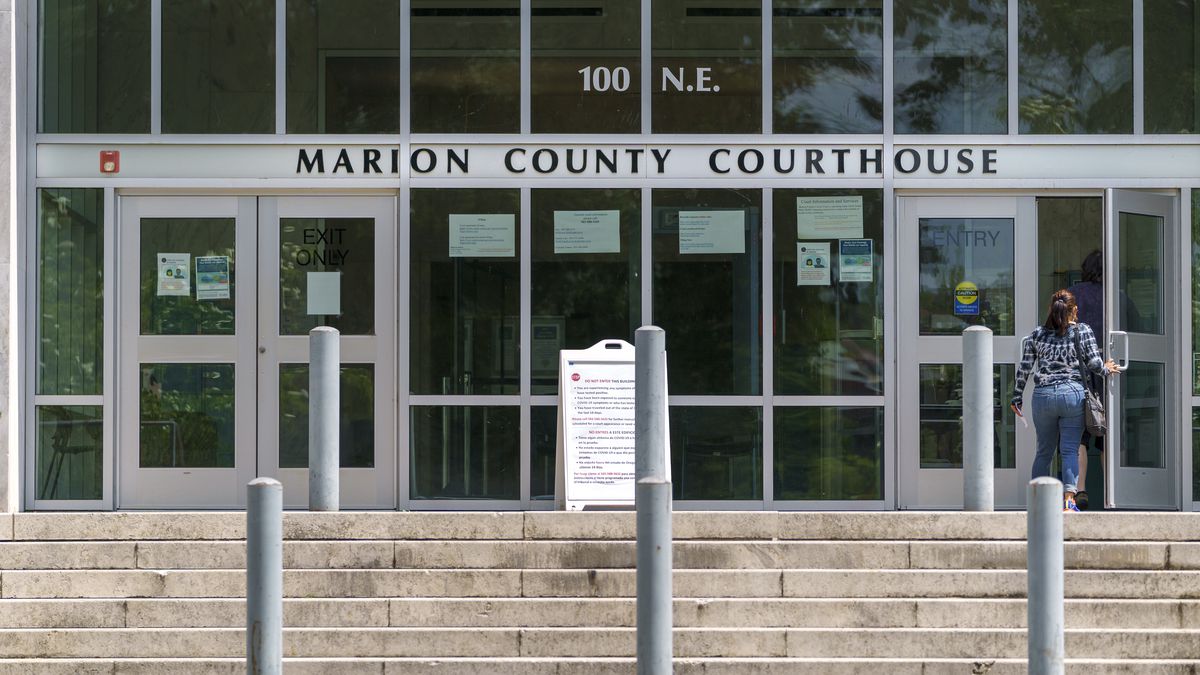 Oregon’s public defense system has less than a third of the attorneys the state needs to adequately represent defendants, according to a two-year study by the American Bar Association to be released Friday.

The state contracts out all of its trial-level public defense work to nonprofits and private attorneys through a state agency known as the Office of Public Defense Services. .

“OPDS has 31% of the attorneys needed to handle the current caseload,” according to a slide show of ABA representatives who presented their findings Thursday to OPDS commissioners and staff.

The ABA Committee on Legal Aid and Indigent Advocacy worked with accounting firm Moss Adams. Together, they discovered that Oregon had the equivalent of 592 full-time public defenders, but needed 1,888 to meet the current workload. This translates to a shortage of 69% or 1296 public defenders.

“OPDS has a significant shortage of (full-time) attorneys that needs to be filled,” the ABA said in a slide presented Thursday. “This forces lawyers to either triage, choosing to prioritize some clients over others, or having less time than necessary to serve each client.”

A defendant’s right to effective counsel is guaranteed by the Sixth Amendment to the United States Constitution. The ABA’s findings are the latest indicator to raise questions about whether Oregon provides an adequate defense for people who cannot afford an attorney.

A 2019 study funded by the Legislature found that Oregon’s public defense system was essentially unconstitutional and provided financial incentives for attorneys to take on as many cases as possible. Although this has since been resolved, other concerns raised in the report have not. The report revealed that the state procurement system is a complex bureaucracy that makes oversight nearly impossible.

In recent months, the shortage of public defenders has been so great that some indigent defendants have been detained without a lawyer.

“These are all poor people who don’t have the resources to hire a lawyer,” OPDS executive director Steve Singer told the OPB. “We did not tackle this problem overnight. We’ve had this problem for the last two or three decades. The difficult question is what do you do with the problem? How do you solve the problem? »

Singer, who took over the agency in December, plans to advocate for structural changes that he says will create a more effective public defense system in the long run. The OPDS has more immediate concerns, however, Singer said, including resolving a budget shortfall within the next two years. Even more immediate, the agency needs technology upgrades to better track and monitor lawyers and cases, as well as more money for contract lawyers to combat inflation and other forces. of the market.

“Right now we’re hemorrhaging capacity because we have an overwhelming workload and extremely low salaries, which is causing us to lose capacity, to lose lawyers, which means we’re increasing the workload of the remaining lawyers “, said Singer during the OPDS meeting on Thursday.

The OPDS plans to ask state lawmakers for more funding when they meet next month in Salem.

Thursday’s presentation on the American Bar Association’s Oregon study notes the role that public defenders are required to play, including independently investigating a case before recommending a plea deal to their client. In Oregon, more than 90% of all criminal cases end in pleas rather than trials.

ABA studies in other states have found similar shortfalls in the number of public defenders. The Oregon study was one of 17 nationwide that the Rand Corporation is using to calculate new national workload standards for public defenders. These standards are due to be released in May, replacing measures that have been in place for decades.

Stephen Hanlon, ABA project director for the Oregon report, said it’s illegal for public defense attorneys to take on more clients than they can adequately defend.

“It’s a serious national problem,” Hanlon said Thursday. “We can’t do this anymore. It’s against the law everywhere. This rule is in effect everywhere in America.